For awhile now, I've felt this ever increasing burden that "stuff" and things were overtaking our lives. So this past Christmas we made some drastic changes in our home. It all began the Christmas before, we did the same thing we've always done...have a birthday party for Jesus, hoping to keep Him as the focal point. However, no matter what we did, something felt awry. 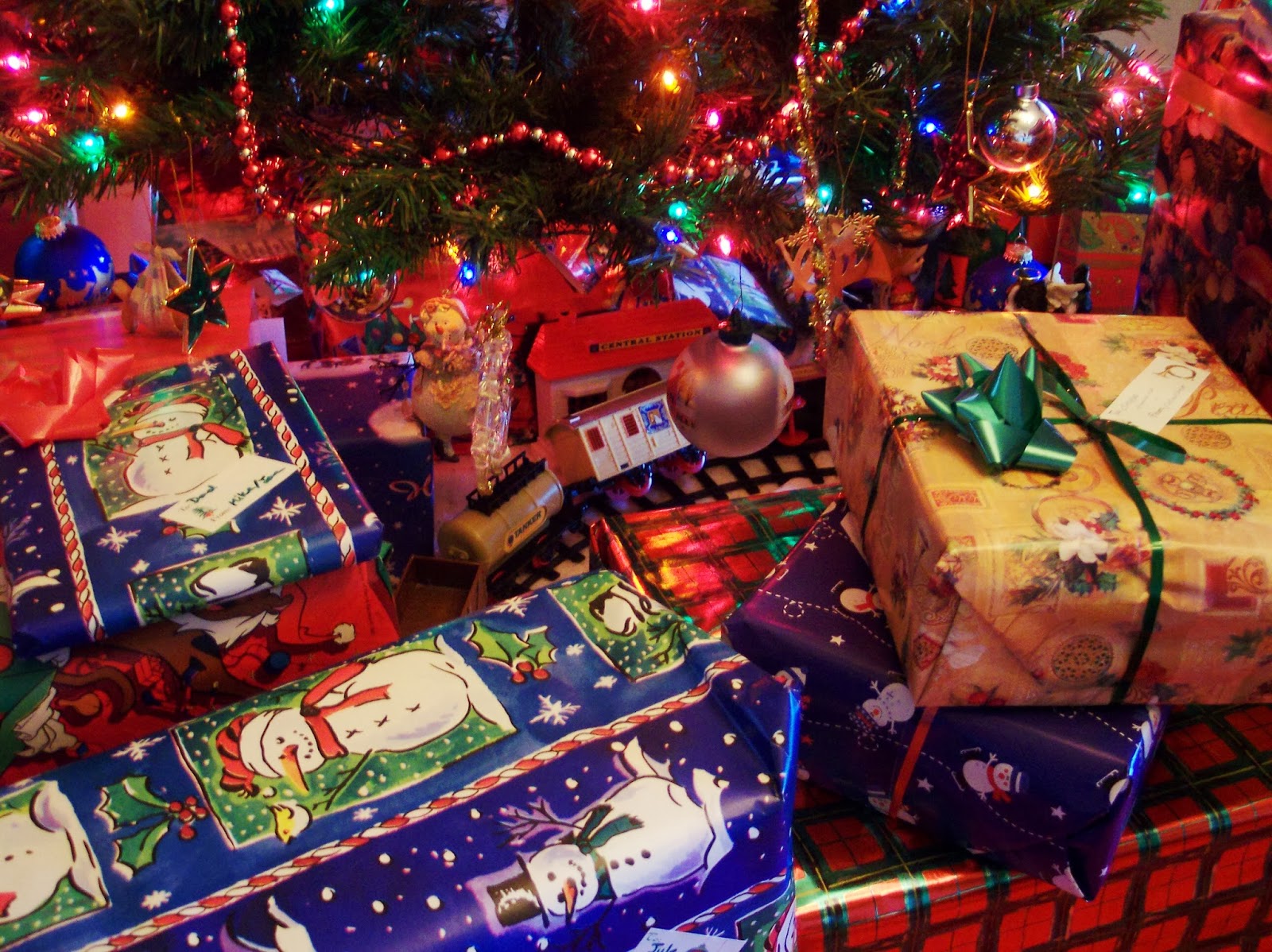 As soon as breakfast was over, the kids sprinted to the tree and it was if the birthday party never happened...Jesus was lost in all the mounds of ripped up wrapping paper littering my living room; and as much as I've always loved Christmas it became evident that no matter what I did it meant nothing about the birth of Christ, even in my own church going family. I watched over the past few years as the gifts got out of control and we succumbed to the pressure to do and be like everyone else when it came down to it. For all of 2013, the memory of wrapping paper flying through the air played out over and over in my head, shattering all that I truly wanted Christmas to be.


Over the next 12 months I watched as my kids continued to amass more "stuff"...don't get me wrong it wasn't huge stuff, maybe just a Hot Wheel here or there or a new outfit, but all I could just see was more and more "stuff'!  As I worried what all of this "stuff" was doing to my kids, God began to convict me and open my eyes....we were birthing an appetite of gluttony. Too often we associate gluttony with food, but  is so much more than that. It's a poisonous sin that we are choosing to ignore in our churches and our country. How easy is it to become wrapped up in the things we own or want?  So I began to ask God, "How can I do this differently? What can I do to change?" 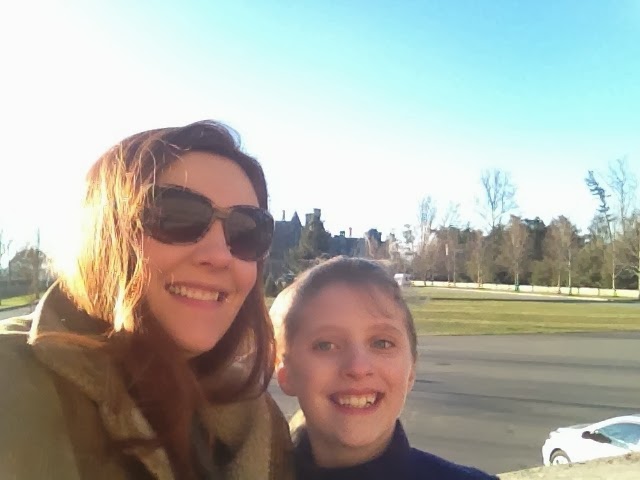 So as Christmas 2013 rolled around, I came up with the idea of going on trip instead of buying presents. While it may not have been the most novel idea, it was at the very least a break from the "stuff". Honestly, at first my husband was completely against it and my kids hated the idea, but my burden was so heavy and I was so insistent that I felt like this was what exactly we need to do in order to reclaim Christmas. Reluctantly, they agreed. I'll admit at first. everything seemed off...it was odd and felt like something was missing, but by the end of the trip we realized it was the best decision we'd ever made. We had taken the time to stop enjoying "stuff" and focus solely on each other and it was the best Christmas we'd ever had. 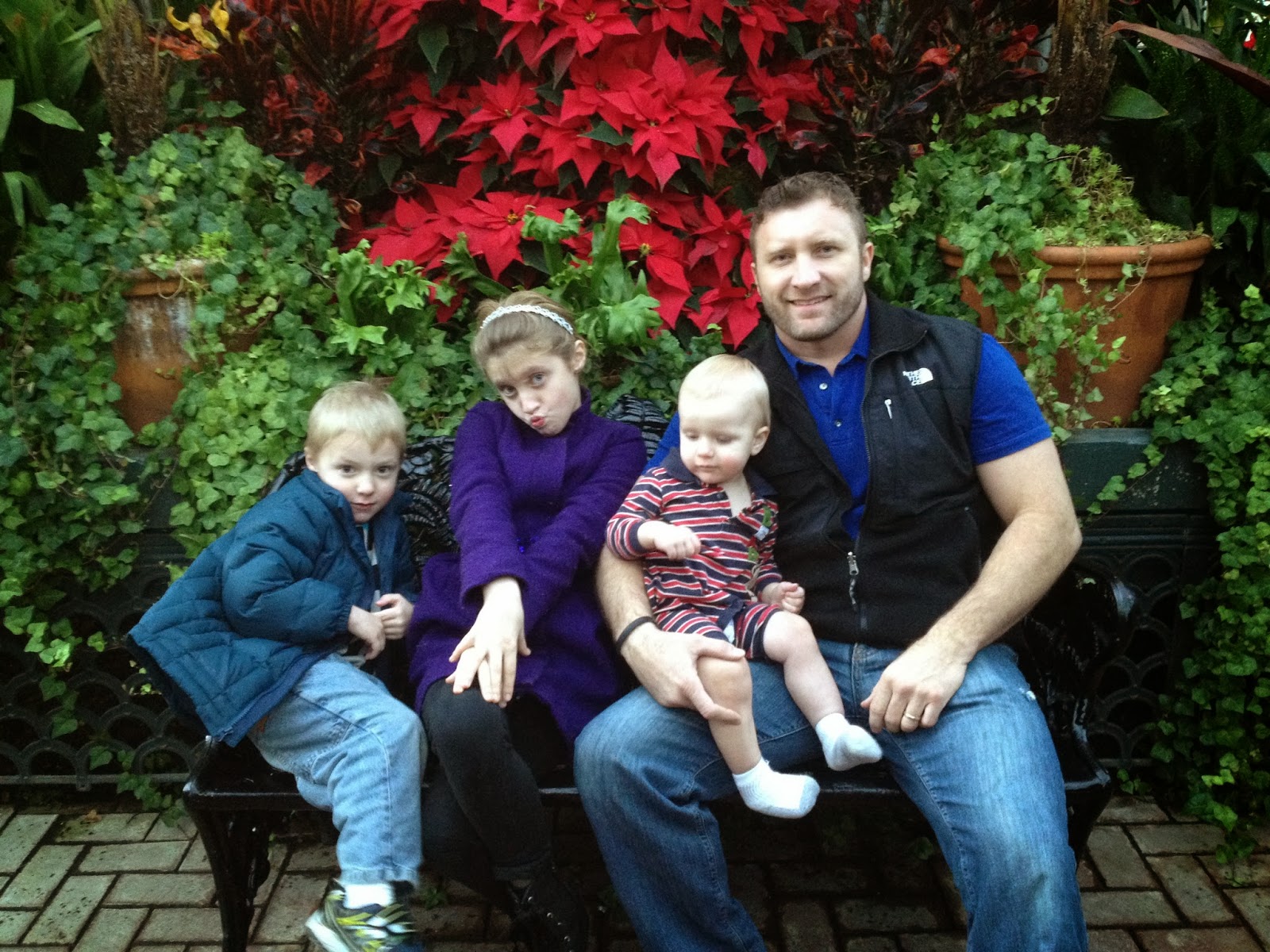 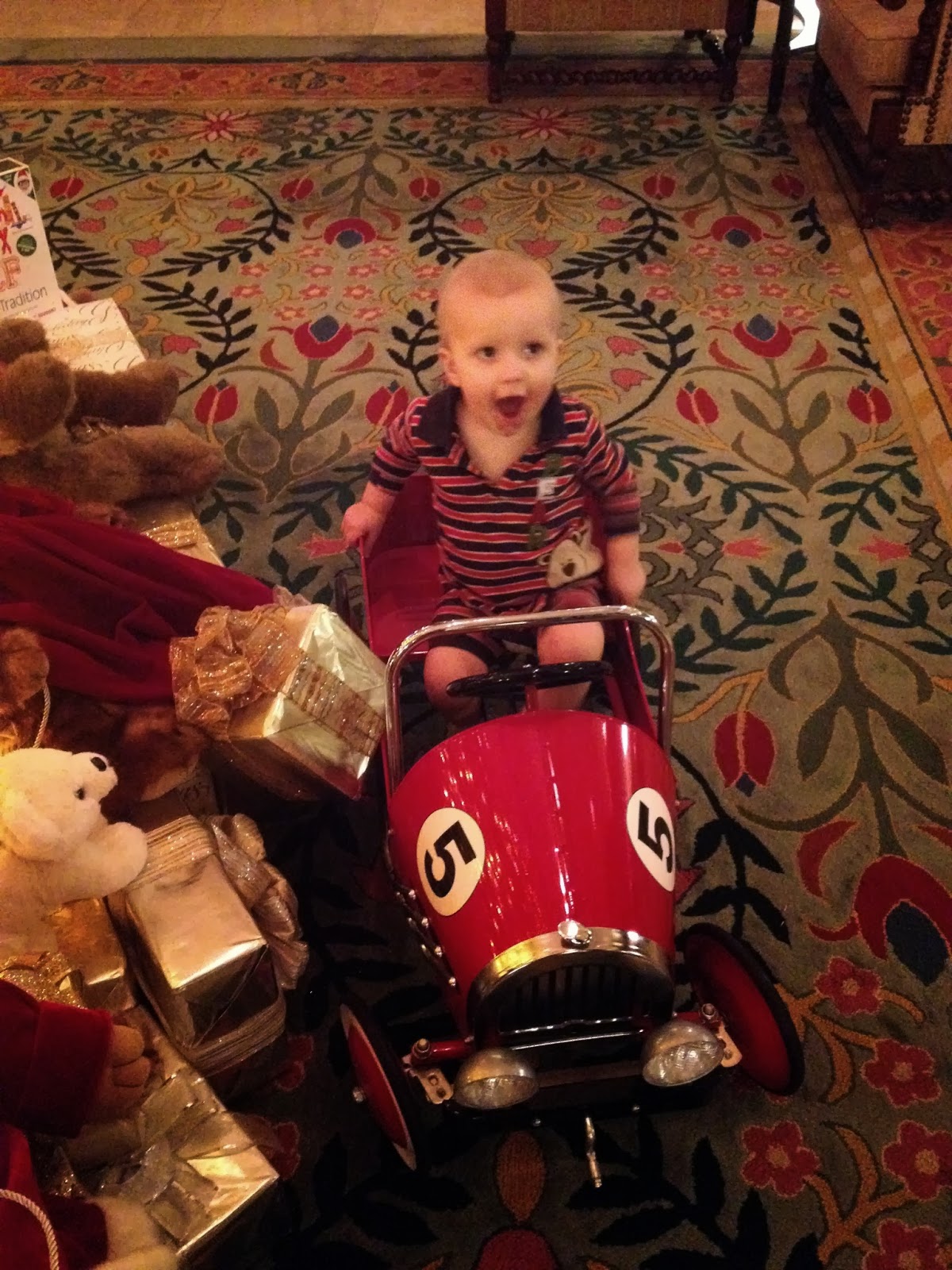 The day after Christmas we decided to give each of the kids one gift. The gifts were nothing elaborate, less than $20, yet their excitement was a bountiful as if they'd just gotten ten gifts. There was a sense of joy, anticipation and contentment that had been missing all those years. In the past with each gift they'd open, their was less and less enjoyment. All the excitement was in what was next, not enjoying what was received. No gift offered any fulfillment.

All year long, I had struggled to find an answer, with God gently reminding we needed to make a change through messages my husband preached. Two things he said stuck with me each time I'd plow through the house cleaning "stuff". The first was, how we spend so much time loving things...things we think we desperately want..."stuff" we never really have room for. Then the second was how much time and money is given to our "stuff"...so much so that we even go as far as to pay someone else to store the "stuff'. All I could focus on was the "stuff"..."stuff" everywhere...the house was never clean, the kids were never satisfied, there was never enough room, never enough time all because of "stuff". Suddenly I knew the answer...the "stuff" simply need to go, because we were living in bondage.

So I started what would happen if I just took the "stuff" and gave it away, but that was unheard of...taking away all the "stuff" seemed crazy, until I ran across this blog...it was totally a God send...and I took the plunge. I sat them down and explained how "stuff" was consuming so much of our time and energy that we were missing out on life's greatest moments, referencing all the fun we'd just had on our Christmas trip. I then asked them to 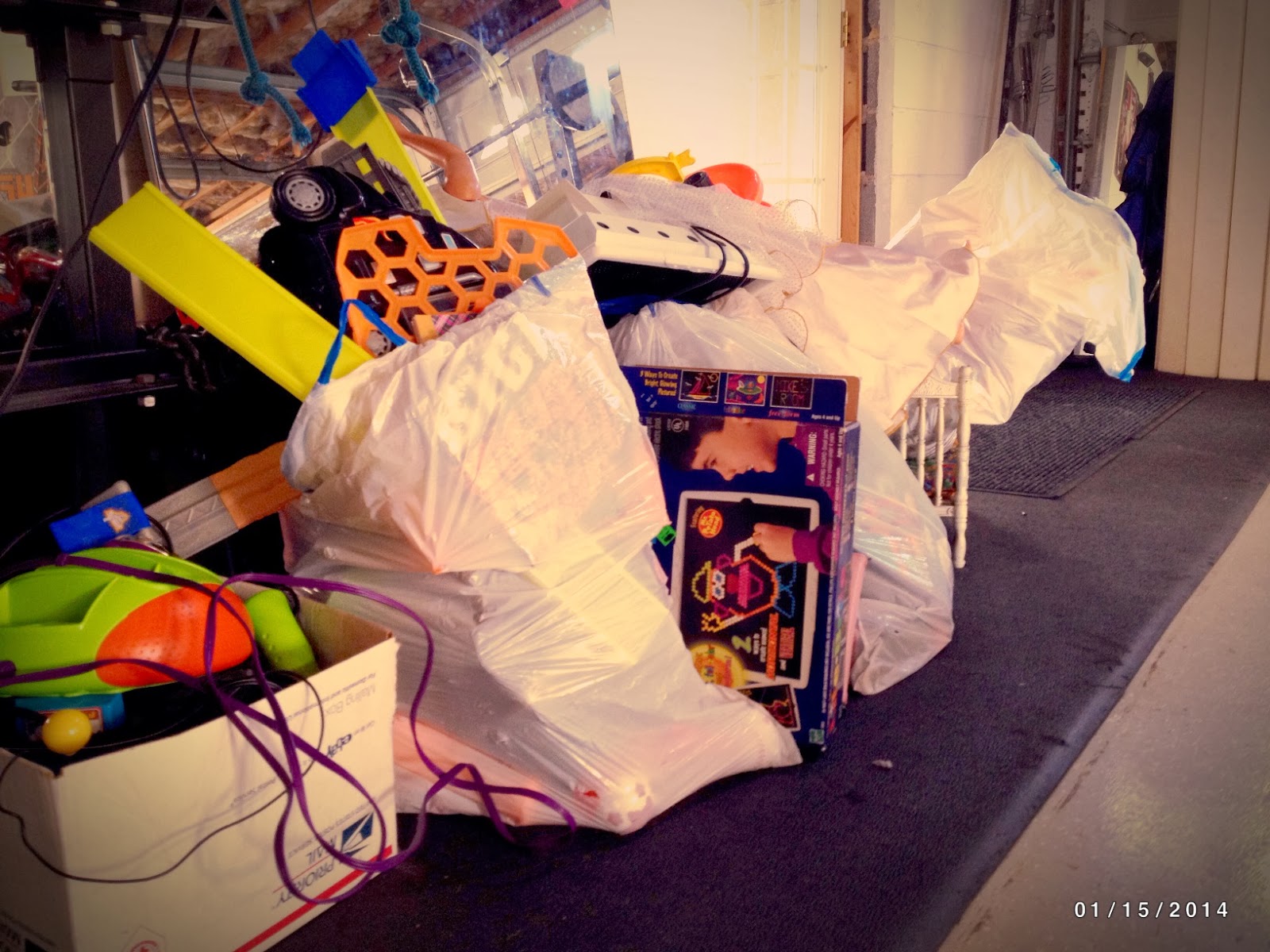 choose three things to keep while we took a break from all our "stuff". To my amazement they agreed and readily bagged their up "stuff' (more confirmation that I was doing the right thing). I was shocked at how easily they tossed things out that I'd expected them to beg to keep. So we spent the next four days purging it all.

I'm not going to say it's been easy because I'd see things and think....oh man I paid this for that or I remember when 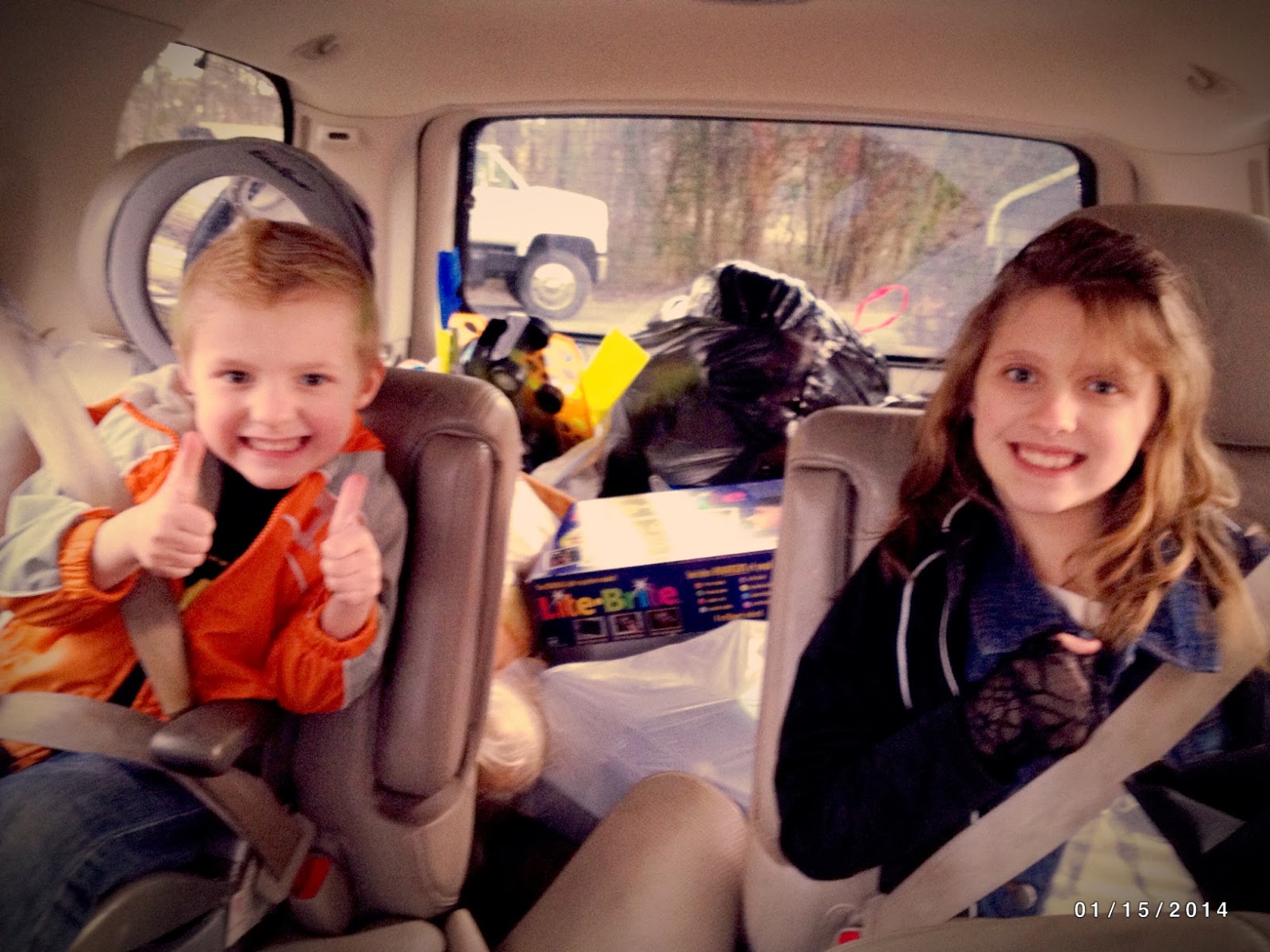 we got that...but I knew I had to focus on what God shown me. After the bags were filled, we loaded up my car and drove to Knox Area Rescue Ministries (KARM) and dropped it all off.

More than anything I started out desperately wanting to change how my family viewed Christmas, yet in the process, transformed our entire world...stopping the gluttony we'd allowed to creep into our lives. I realized all along God was trying to reverse a cycle of sin that we were wholeheartedly embracing without blinking an eye. We still have a ways to go and lots more purging (clothing is next), but the overwhelming amount freedom and joy we are experiencing is immeasurable.

For the record, I think they kept closer to 5 toys but "stuff' now has it rightful place and I'm going to do my best to keep teaching them the blessings in having less because it's far too often overlooked today.

As for future Christmas plans, we made so many great memories that we are even talking about what we want to do next year!! And we haven't ruled out gifts again, however, I don't think we'll ever have more than three...after all that's all my wonderful Redeemer needed.